I had an idea for a post about an hour ago, and now I’ve forgotten it completely.

You all have no idea how often that happens. There have probably been hundreds of post ideas I’ve had that are lost to the centuries due to my forgetful brain, likely dimmed with years of sorority drinking binges and Logan Paul YouTube videos.

So, just pretend I made a very witty, intriguing, hilarious post just now in lieu of the one I forgot. 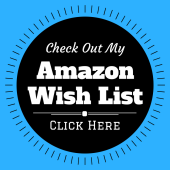